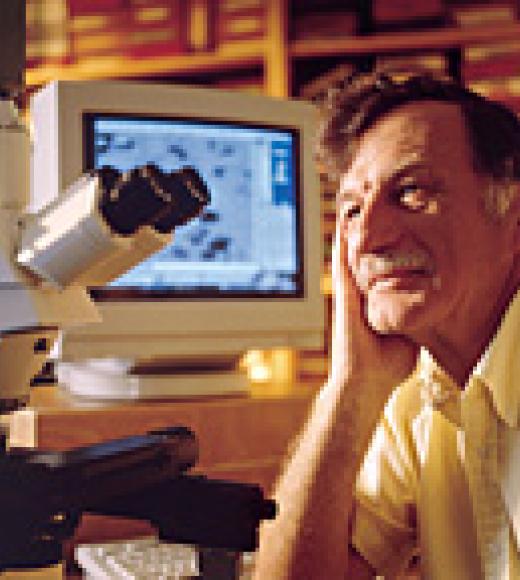 Unit
Department of Psychiatry and Behavioral Sciences, School of Medicine

Edward G. Jones received his M.D. in 1962 from the University of Otago, New Zealand. He earned his Ph.D. from the University of Oxford, England in 1968. Jones joined the faculty at Washington University School of Medicine in St. Louis, MO, in 1972. He became chair of the Department of Anatomy and Neurobiology at UC Irvine in 1984. He assumed his current position as professor of psychiatry and director of the Center for Neuroscience at UC Davis in July 1998. In November 1998, he became the president of the Society for Neuroscience, a worldwide organization of more than 28,000 scientists and physicians and in 2004 he was elected a member of the National Academy of Sciences. His laboratory is organized according to a number of themes, all in the broad area of the structure, function and pathology of forebrain regions involved in sensory perception and cognition. Over the years, he has engaged in studies that chart the connections of areas of the cerebral cortex involved in tactile sensation and in higher cognitive function and he spent many years classifying cortical neurons according to their morphology, chemical characteristics and their place in the intrinsic circuitry of the cortex. He has a special interest in the role of the thalamus in coordinating and regulating cortical function associated with consciousness, perception, and arousal. To that end he has carried out many investigations on the anatomy and physiology of its circuitry and on the fine structural localization and quantification of neurotransmitter receptor subunits. He continues to be engaged in studies of activity-dependent plasticity of the somatosensory cortex and thalamus as a basis for understanding recovery of function after peripheral and central neural damage. In the other areas, he is involved in the preparation of atlas-based databases of monkey and human brain anatomy, and in the molecular/genetic analysis of brains from schizophrenic and depressed patients and controls. Dr. Jones belongs to a group of scientists who are working on the nation's Human Brain Project, which supports the development of databases on the brain and of technologies to manage and share neuroscience information. He is also a historian of neuroscience.