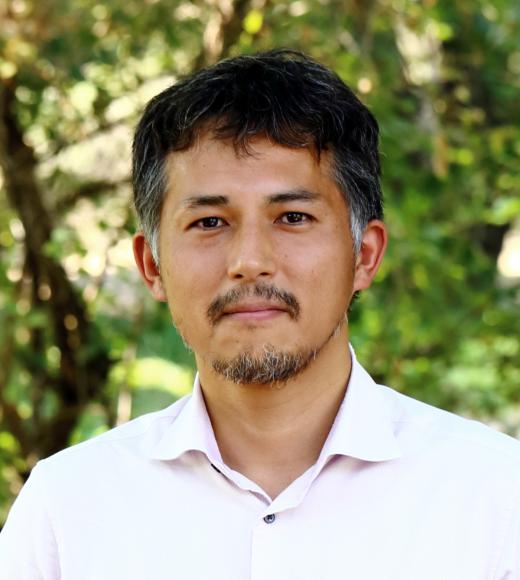 Unit
Department of Physiology and Membrane Biology, School of Medicine

Since my first pharmacology and physiology course, I have been fascinated by the mechanisms which determine cellular responses to stimuli in the complex biological systems. Ligands that have similar but not identical molecular effects on their target proteins, such as ion channels or G-protein coupled receptors (GPCRs), can exhibit unexpectedly different actions at a cellular level, and qualitatively different outcomes at higher levels. The response to even the same ligand varies depending on the biological context. Comprehensively understanding the mechanism of such phenomena is a significant, multidisciplinary challenge that will advance drug discovery and pharmaceutical intervention. My 16 years of physiology experience with patch clamp electrophysiology, molecular imaging, and computational biology makes me especially qualified to understand how drug actions control cellular and organ functions. The ultimate trajectory of my research is toward predictive medicine, enabled by tackling the specific issues in the gaps between molecular, subcellular, and cellular physiology levels. In recent years, I have been pursuing this goal by studying the mechanism by which pharmaceuticals trigger cardiac arrhythmias, in combination with chemistry, biophysics, pharmacodynamics, and computational biology.

Currently, I focus on the responses to drugs affecting electrical activity in the heart. Maintenance of the regular electrical activity in the heart is crucial for maintaining life. Many types of ion channels coordinately work to shape cardiac action potential and propagate excitation throughout the heart. Additionally, neurotransmitter receptors expressed in cardiac myocytes, such as muscarinic ACh receptors and adrenergic receptors, control electrical activity by regulating ion channel function. An arrhythmia, a problem with the rate or rhythm of the heartbeat, arises from failures of the electrical system in the heart. The risk of drug-induced cardiac arrhythmias must be assessed for every drug, yet we have only a limited ability to predict cardiotoxicity of drugs. This is a big biomedical problem underlying the goals of my proposed works. There is an urgent need to develop an appropriate approach for predicting how drugs with complex interactions at multiple levels will alter the emergent electrical activity in the heart and lead to unintended arrhythmias. I am studying the mechanism by which pharmaceuticals trigger cardiac arrhythmias. I’m studying how drugs interact with cardiac electrophysiology in two distinct projects.

Fatal cardiac arrhythmias are caused by some, but not all, drugs that block voltage-gated potassium channels encoded by the human ether-a-go-go-related gene (hERG). I focus on identifying the fundamental drug mechanisms that make hERG blockers safe or arrhythmogenic.

In the heart, hERG channels underlie the rapid component of delayed rectifying potassium current, IKr, which plays an important role in terminating the cardiac action potential. A huge number of structurally diverse small chemical compounds are known to interact with hERG the pore and block the channel. The unintended block of hERG channel during a pharmacological intervention, often to treat non-cardiac disease, impairs repolarization of cardiac myocytes and can result in acquired long QT syndrome and the life-threatening torsades de pointes ventricular tachyarrhythmia. For some drugs, there is a clear association between hERG channel block, QT interval, and arrhythmias. However, numerous examples of drugs that block hERG do not have the similar potential risk of proarrhythmic.

I have studied the molecular effect of Class III antiarrhythmic agents and non-cardiac agents with hERG blocking effect. I found that safer hERG channel blockers commonly have an additional effect on the activation gating of the channel; they cause the substantial negative shift of the activation curve which increases the current amplitude in response to low-voltage depolarization. We refer to this phenomenon as facilitation. The underlying mechanism and, more importantly, the roles in cardiac safety remain unclear. By combining electrophysiological experiments and theoretical studies with mathematical models of the cardiac action potential, I am tackling this biomedical problem.

Activation of ACh muscarinic M2 receptors in the sinoatrial node (SA) of heart results in a hyperpolarization of the maximum diastolic potential as well as a slowing of the rate of spontaneous depolarization. Both effects contribute to a decrease in an overall rate of heart rhythm response to the ACh released from parasympathetic nerve terminals. This response is due to the increase in the open probability of muscarinic K+ (KACh) channels, a type of G protein-coupled inwardly-rectifying K+ (GIRK) channel. Other types of GPCRs including the adenosine A1 receptor in cardiac myocyte also share the same mechanism with the M2 receptor to control heart rate. Agonists of this signal transduction have been used since the late 1940s as a highly effective and safe therapeutic agent for the acute termination of reentrant paroxysmal supraventricular tachycardia involving the atrioventricular (AV) node. These agents are also used as a diagnostic agent for the identification of several cardiac disorders including sinus node dysfunction (sick sinus syndrome), dual AV nodal pathways, long QT syndrome, and bradycardic syncope. On the other hand, hyperactivity of this signal transduction provokes atrial fibrillation, which increases the risk of stroke.