“We let students know that there is a team of people in place whose mission is to help them define and achieve academic and personal success.” - Tom Hall, BASC academic advisor

When Maria Saldana-Seibert joined the Biology Academic Success Center as its co-director, she felt as if her UC Davis journey had come full circle. An alumna, she started her undergraduate career as a biochemistry major. While the major didn’t stick, UC Davis did, and Saldana-Seibert has been an academic advisor with the university for more than 20 years.

For the past five years, Saldana-Seibert has helped spearhead BASC, a one-stop shop for all academic advising needs for undergraduate students in the College of Biological Sciences. This week, the center—which is outfitted with 15 academic advisors—celebrated its fifth-year anniversary.

“If a student comes in, we can help them with their major requirements, their university requirements and their college requirements, from beginning to end,” said Saldana-Seibert, who is now BASC’s sole director. “Anytime a student has questions, I encourage them to stop by and see us.”

Bringing it all together

Prior to the formation of BASC, academic advising in the college was administered at the department level. Students went to the Dean’s Office for advising on general education requirements, university requirements and academic difficulty but had to see separate departmental advisors for guidance related to their major.

“While this was great in that students could talk to experts in whatever area they desired, some students felt confused, especially when they knew they wanted to see someone, but they weren’t really sure who,” said Tom Hall, an academic advisor who has been with the College of Biological Sciences since 2003.

“What we wanted to do was create a central advising site that everybody could go to and get all their questions answered,” said Susan Keen, associate dean for undergraduate academic programs.

Under the leadership of former College of Biological Sciences Dean James Hildreth, Keen, Saldana-Seibert and others started consolidating academic advising. After cross-training advisors and creating policy manuals, BASC launched in 2013.

“In the other colleges, the departmental or major advising is still distinct from the dean’s office advising,” said Keen. “We remain the only centralized advising center on this campus.”

“There is a super personal connection from BASC with the students. There is constant communication.” - Lauren Watson, evolution and ecology and English double major

Guiding CBS students from their first moment on campus

BASC provides tools and resources to help students make the most of their academic experience at UC Davis. When junior Lauren Watson, an evolution, ecology and biodiversity and English double major, arrived at UC Davis for her freshmen orientation, she had a lot of questions. She’d taken college courses in high school and wondered if the credits would transfer to UC Davis. During orientation, Watson met with Joyce Fernandez, BASC’s assistant director and Watson’s major advisor.

Watson said Fernandez helped her create an academic plan for her undergraduate experience at the College of Biological Sciences. Later, the two coordinated with support staff in the College of Letters and Sciences to ensure Watson was on-track to graduate in four years with her double major.

“There is a super personal connection from BASC with the students,” said Watson. “There is constant communication.”

Regarding her advising goals, Fernandez said, “I want to empower students to take control of their education—to understand the requirements they need to meet to graduate; to seek out specific opportunities that will make their college experience richer; and to undergo their own career exploration in preparation for entering the workforce.”

At BASC, it’s all about personal relationships, making connections with students to help tailor-fit their college experience to their needs. According to Fernandez, many advisors compare the student-advisor relationship to riding a tandem bicycle. The students steer and pedal the bicycle while the advisors provide pedaling assistance from the backseat.

“Working for BASC gives me the opportunity to have comprehensive conversations with students,” said Fernandez. “We can see and advise on the full scope of their requirements.”

The center also aims to provide students with snapshots of the future, with its Road to Research seminar series, which highlights UC Davis faculty and their career journeys, and the CBS Peer Blog, which covers student requirements and success strategies from an upper-level undergraduate perspective.

“We want to encourage students to visit the center at least once a year, if not more than that,” said Fernandez. “It’s always great to check-in with your advisor because sometimes we’ll see things that students might not have caught. And then we’ll send you in the right direction.”

While reaching a landmark fifth-year anniversary is cause for celebration, BASC staff constantly seek ways to improve. They’ve made it a priority to continue innovating undergraduate academic advising in College of Biological Sciences.

“BASC has become the advising home for the students in the College of Biological Sciences,” said Hall. “We let students know that there is a team of people in place whose mission is to help them define and achieve academic and personal success.” 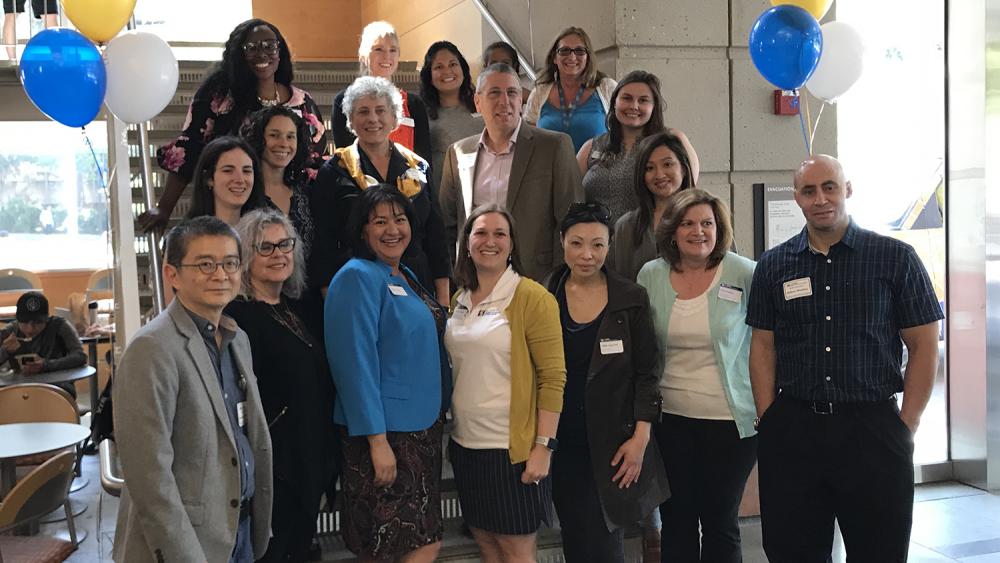 BASC Five-Year Anniversary Photo Gallery
For the past five years, the Biology Academic Success Center has been a one-stop shop for all academic advising needs for undergraduate students on campus. This week, the center celebrated its fifth-year anniversary. Andy Bowles/UC Davis 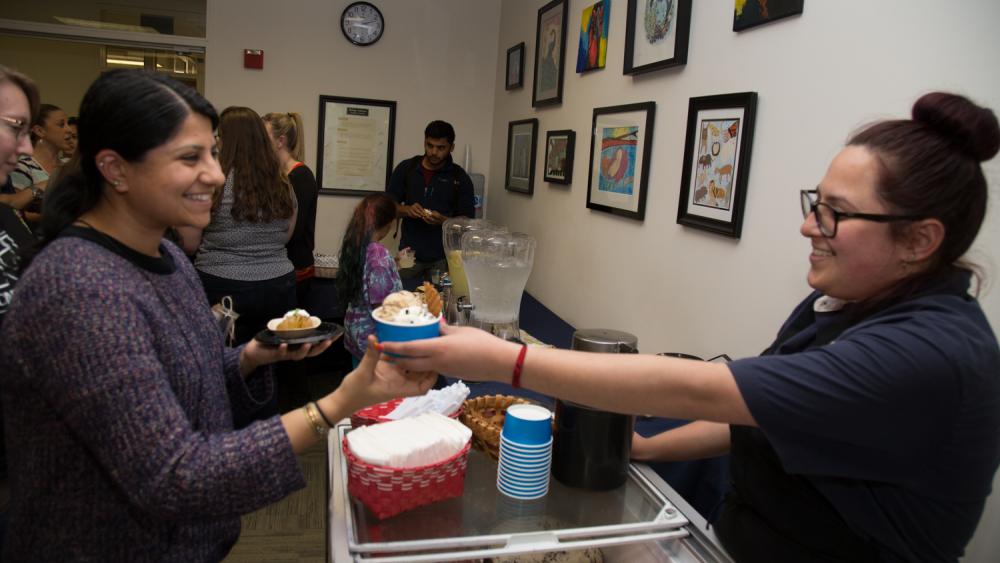 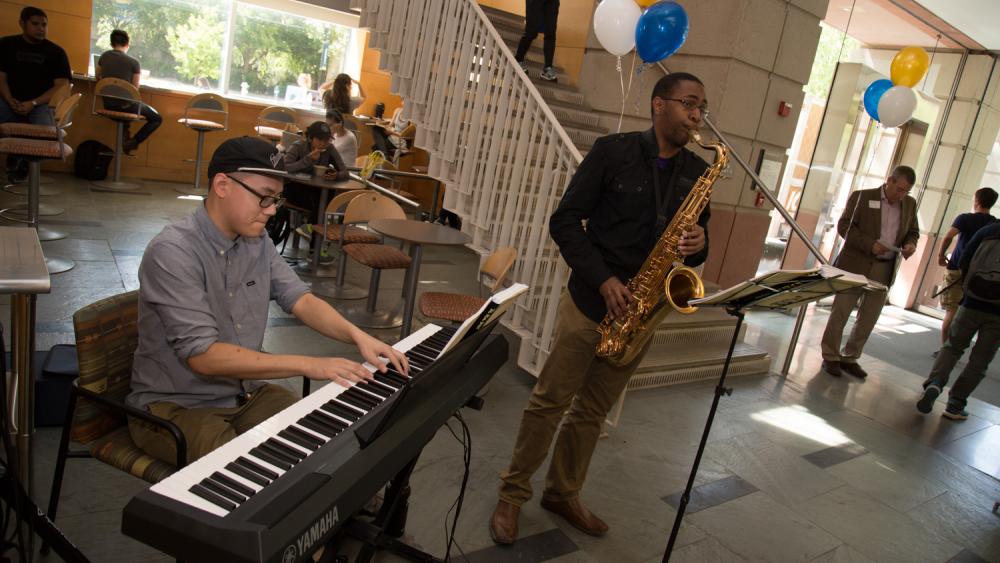 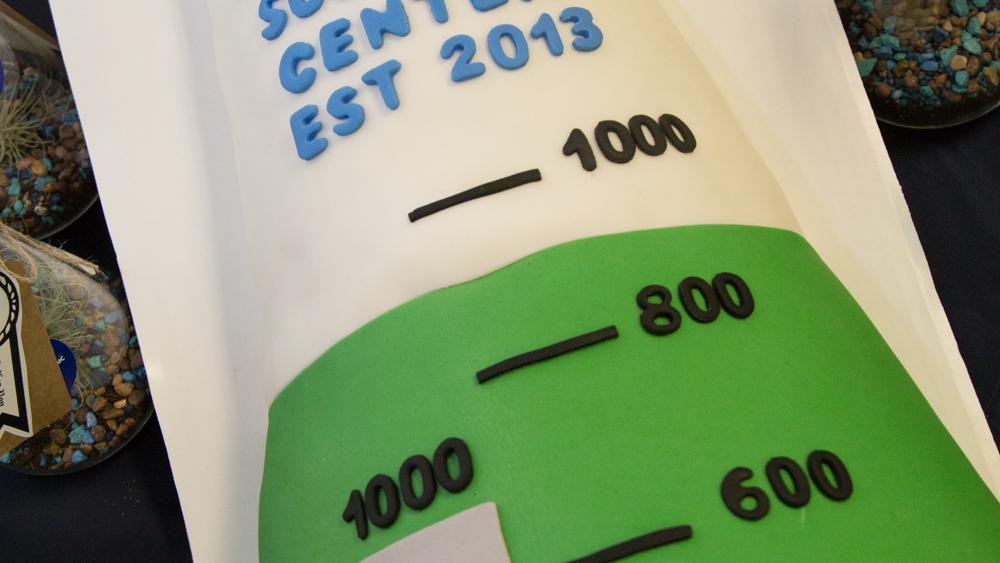 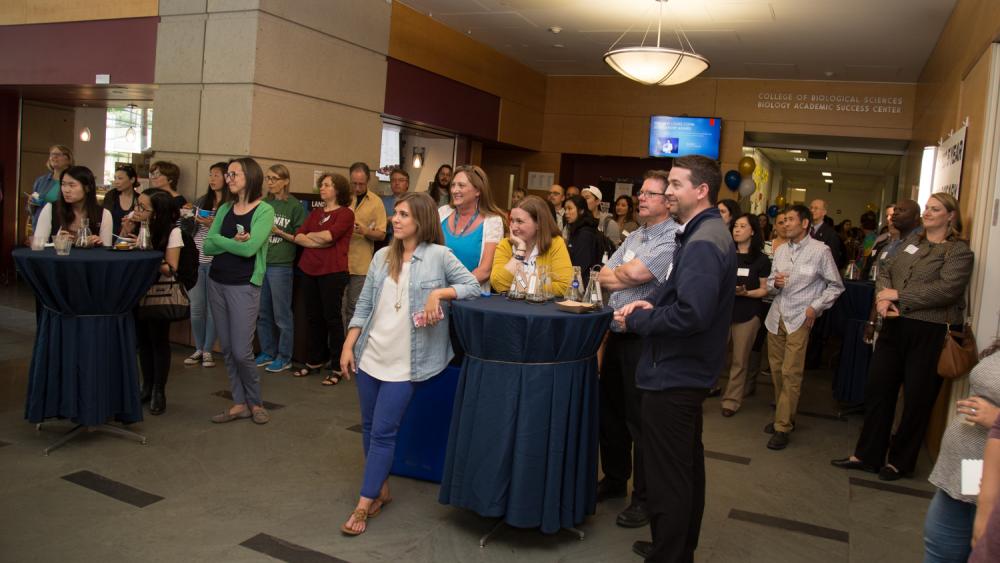 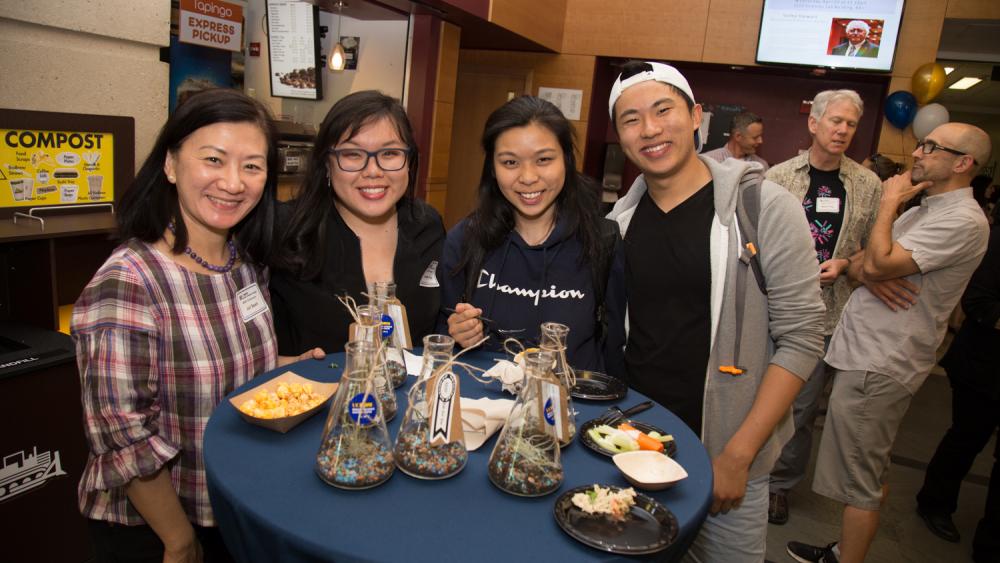 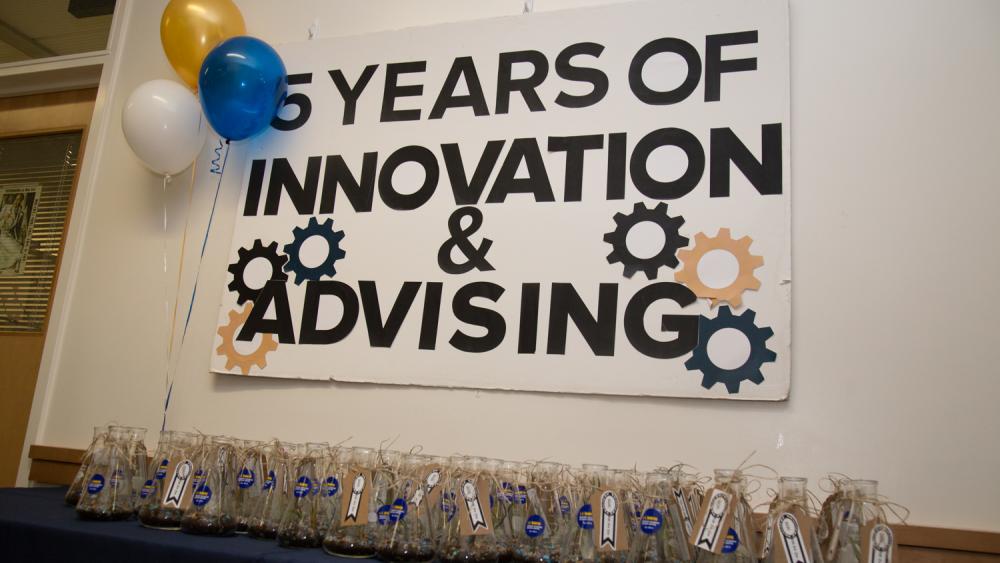 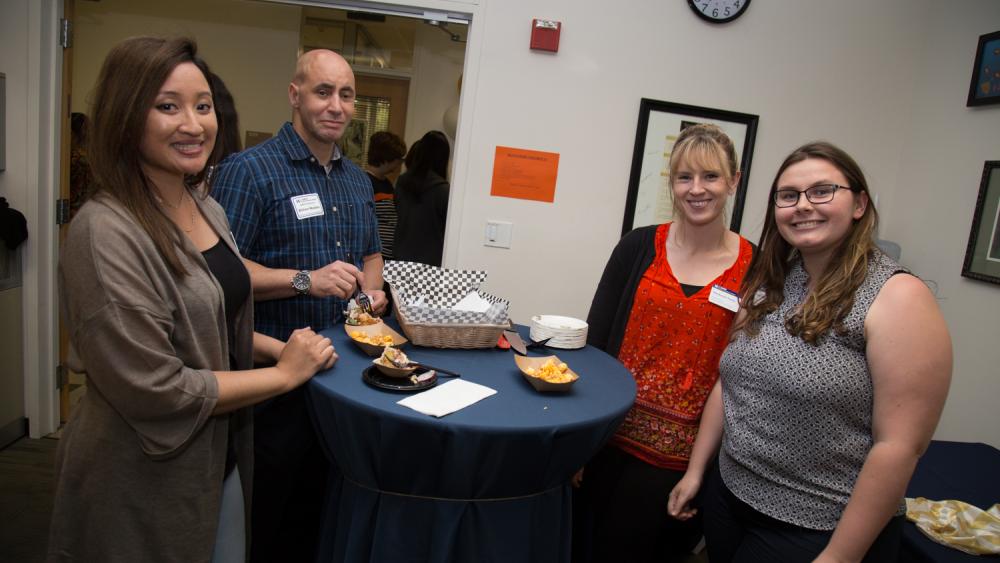 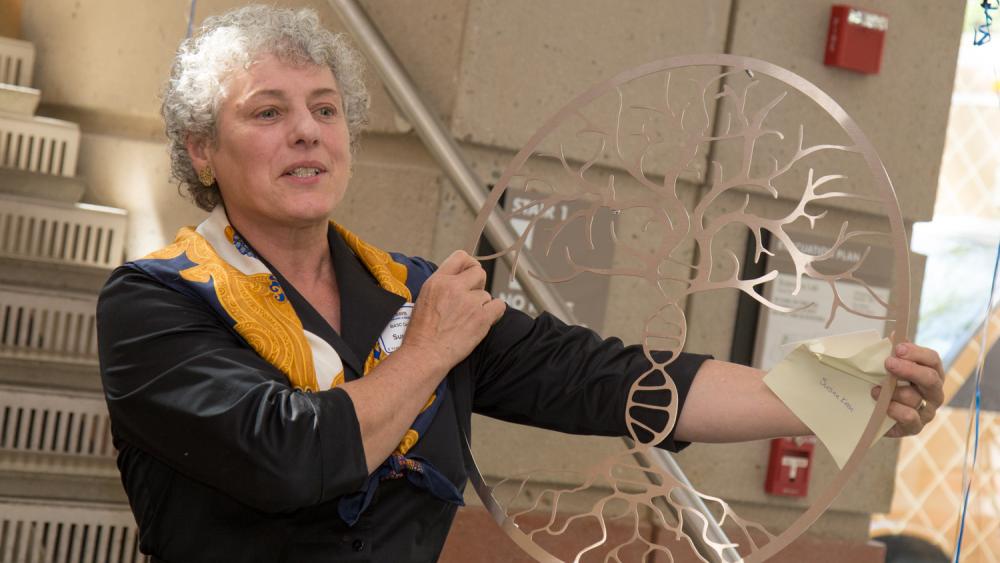 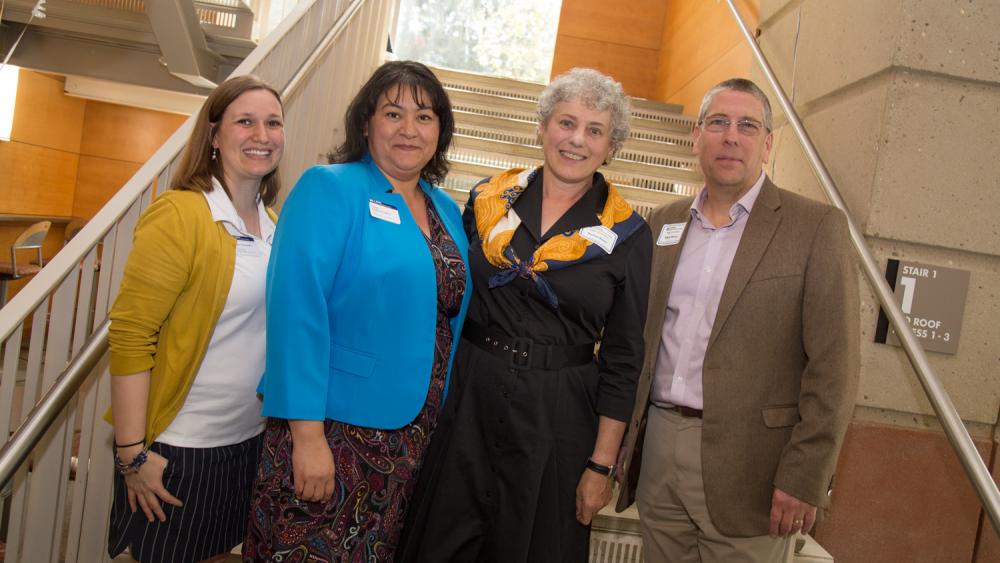 What’s In a Name? Life Sciences to Become Green Hall

The Late Professor Inoue Would Be Proud