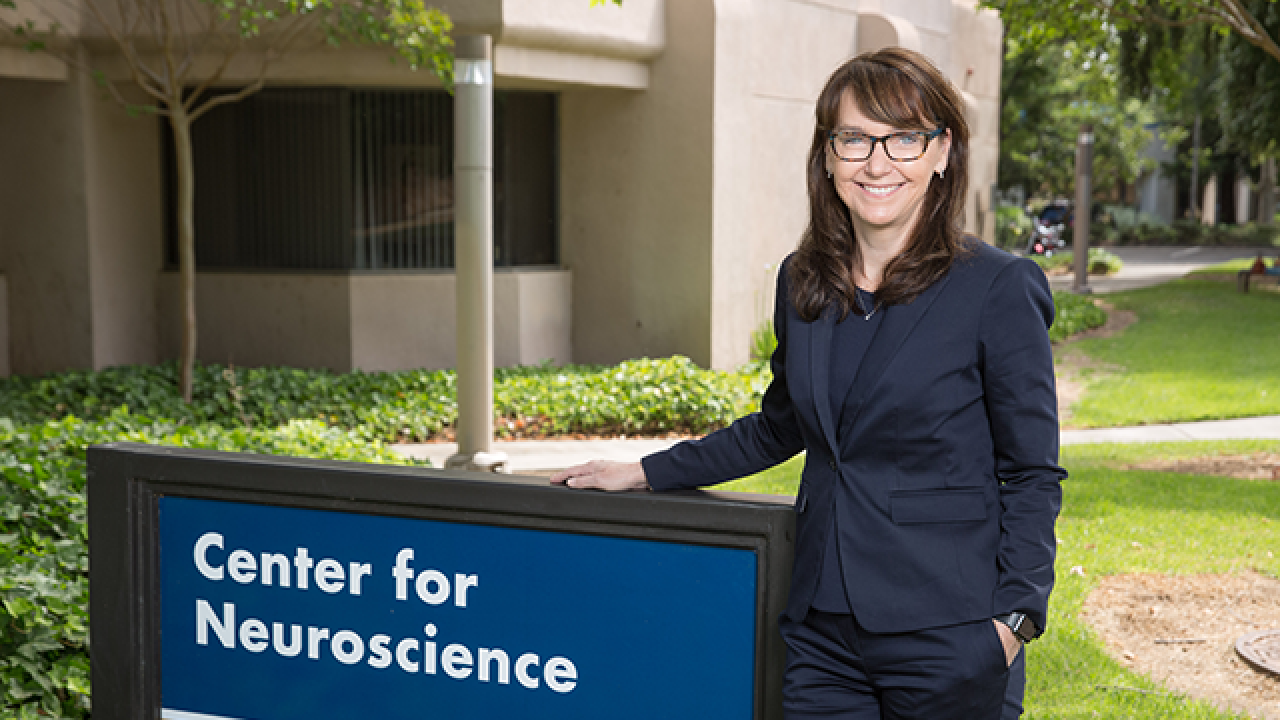 Kimberley McAllister, a professor in the Departments of Neurology in the School of Medicine and Neurobiology, Physiology and Behavior in the College of Biological Sciences has been appointed permanent director of the UC Davis Center for Neuroscience, an interdisciplinary research center dedicated to understanding brain function in health and illness.

The Center for Neuroscience’s teams of internationally recognized scientists lead research programs on a wide range of topics at all levels of brain development, function and dysfunction. Their discoveries provide the building blocks that form the foundation for improvements in health and new therapies for disease.

McAllister has served as the interim director for CNS since October 2016, stepping in for Cameron Carter who was named interim vice chancellor for the Office of Research. Previously, McAllister was the associate director of CNS from July 2013 to October 2016. She is the first female leader of the Center for Neuroscience.

“Dr. McAllister is an outstanding scientist of international stature who has been recognized with a long list of prestigious awards,” said Mark Winey, dean of the College of Biological Sciences. “She has a remarkable track record of leadership as associate director of CNS and as an active member of the UC Davis neurobiology community. Kim brings her unique creativity, passion for innovation and discovery, and focus on interdisciplinary collaboration to understand and improve brain health to this position. Her vision and commitment to promoting bridges between neuroscience and other disciplines across our many schools and campuses will greatly benefit UC Davis.” 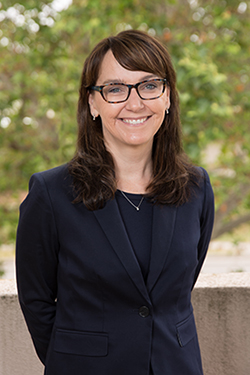 McAllister first came to UC Davis in 2000 as an assistant professor and she has been a member of the Center for Neuroscience since starting her independent research.

Her research seeks to understand the cellular and molecular mechanisms that govern the formation, stabilization and refinement of connections between neurons in the central nervous system. She is particularly interested in understanding how experience and environmental exposures affect brain development and plasticity, the ability of the brain to modify its own structure and function.

McAllister also explores the role of immune dysregulation in brain development and disease. Insight into the role of immune molecules in the brain may provide better understanding of a wide range of psychiatric and neurological disorders, including schizophrenia, depression, autism and addiction. Her research is aimed at developing new therapies directed at these immune signaling pathways to enhance cortical connectivity and function at all ages.

She is a recipient of the Pew Scholars Award, the Merck Scholars Award, the Basil O'Connor Starter Scholar Award, the 2006 Society for Neuroscience Young Investigator Award and the Sloan Fellowship. She was also a 2007 UC Davis Chancellor’s Fellow and the leader of a Research Investment in the Sciences and Engineering initiative.

McAllister received a Ph.D. in Neurobiology from Duke University of Durham, N.C. and a Bachelor of Science in Biology from Davidson College of Davidson, N.C.