The Scent of a Mate: Seabird Study Provides Insights into Sexual Selection

Why Do Seabirds Eat Plastic? The Answer Stinks 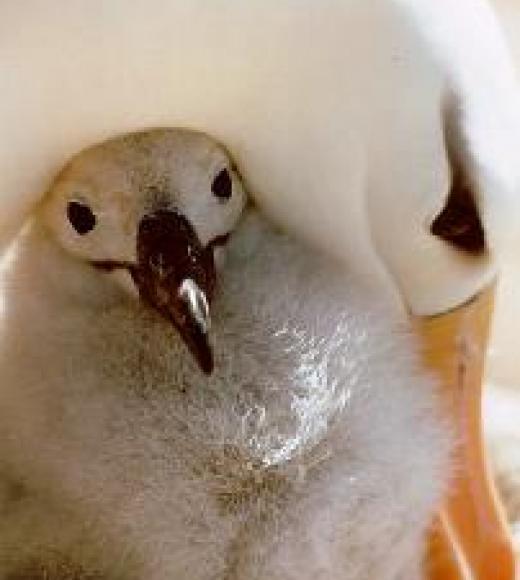 A major focus of my laboratory is to better understand the sensory ecology of other organisms, and how these systems are shaped by evolution. My specialty is olfaction - the sense of smell - and much of my research has focused on exploring how marine birds and fishes use smell in the natural environment. I have worked in areas ranging from olfactory homing in salmon, to olfactory foraging, navigation and individual recognition in birds, and in particular, petrels and albatrosses. Because our world is experiencing rapid, anthropogenic change, our work increasingly interfaces with problems associated with global climate, habitat loss or degradation and by-catch concerns in marine fisheries. Many of the species we study are currently threatened or endangered. In line with this concern, we also conduct research on the proximate and evolutionary factors contributing to phenotypic plasticity, and this work has been carried out primarily with model fish species (various species of desert pupfish and salmon).

VanBuskirk, R. & Nevitt, G.A. (2008). The influence of developmental environment on the evolution of olfactory foraging behavior in procellariiform seabirds. Journal of Evolutionary Biology, 21(1), 67-76.