Between the Pipes: Club Hockey with Undergraduate Timur Katsnelson

When Timur Katsnelson guards the net for the UC Davis club ice hockey team, he keeps his mind focused and his emotions level. Distractions from the rink fall away as he zeroes in on the game’s most important object: the puck.

“When you’re in the net playing goalie, you’re just focusing on the puck and maybe the players—who’s open, things like that—and you just want to compete and win and make the save,” said Katsnelson, a senior majoring in neurobiology, physiology and behavior. “When you’re studying science or working in the lab, you’re also pretty focused on one thing because if you’re going to keep getting distracted, you’re never going to get anything done or you’re going to ruin the experiment.”

Since transferring to UC Davis in fall 2017, Katsnelson has gone all in on the Aggie experience. He’s a member of the UC Davis ice hockey club team, has worked as an undergraduate researcher in a chemistry lab and volunteers as a junior editor with The Aggie Transcript, a student-run life sciences journal.

“It’s really exciting,” Katsnelson said of his UC Davis experience. “Transferring here really rejuvenated my excitement about learning and school, just the amount of sheer potential that you have coming to a school this huge. It has so many opportunities.”

Raised outside of Los Angeles, Katsnelson played club hockey throughout his childhood and while attending El Camino Real Charter High School in Woodland Hills, Calif., facing off against teams from Anaheim, Bakersfield and L.A. He gravitated towards goaltending, a position unique in its isolation and heavy in its potential cost.

“Your mistakes are seen by everybody because it’s a goal and that’s on the scoreboard,” said Katsnelson. “But you can just be a calming presence on the ice just by keeping steady and making saves that you need to make, so I really enjoy that aspect.”

After graduation, Katsnelson attended Santa Monica College in Santa Monica, Calif. He delved into his science classes and found a burgeoning STEM community at the college.

“I really enjoyed, in the beginning, learning those basic mechanisms in biology in those foundational bio classes and trying to link that to sort of higher order processes that we have in the brain,” he said. “I spent a lot of time thinking about the way people think, which is how I developed an interest in neuroscience.”

Katsnelson graduated from Santa Monica College in 2017 with an associate’s degree in general science. By that time, he’d already visited and fallen in love with the UC Davis campus.

“I really, really fell in love with the campus, which is a thing a lot of people say and it’s for a reason because it’s such a beautiful campus and the town is really nice,” he said, noting he likes the university’s distance from to the L.A. area. “I’m far enough from home where I can sort of establish myself and really see who I can become.”

Katsnelson spent a lot of time perusing the university’s clubs, organizations and labs, trying to find places and opportunities that fit his interests. He discovered the UC Davis club ice hockey team and reached out to them.

“I had my sights set on coming here and skating with them for tryout practice,” said Katsnelson. He quickly earned a spot on the team.

Part of what Katsnelson loves is the team’s inclusiveness. According to him, many practice players have no experience on the ice before joining the team. “That’s such a huge commitment to do, especially at our age and in college,” he said. “It’s pretty inspiring. It makes you love hockey even more, seeing people fall in love with the game.”

But Katsnelson also wanted lab experience and with the breadth of research topics at UC Davis, he had a myriad of labs to choose from. He found an opportunity as an undergraduate researcher in the lab of Professor Sheila David, Department of Chemistry.

“The David Lab is mostly about studying DNA repair and a specific enzyme within a part of DNA repair,” said Katsnelson. “As a bio major, I think I came in with an interest and intent of learning molecular biology techniques and that’s what I got to do with my mentor.”

Broken DNA can lead to many problems including the development of various cancers. Luckily, our bodies, when functioning properly, have cellular systems that mitigate and repair this damage. The David Lab is interested in exploring the complex pathways behind that repair. Katsnelson learned basic lab skills, prepping and purifying DNA extracts and running polymerase chain reactions on them.

“I got started there really soon after I transferred over here, which was really fortunate,” said Katsnelson. “I think it was really helpful, both just teaching me about the field of research and also getting me to think about careers.” 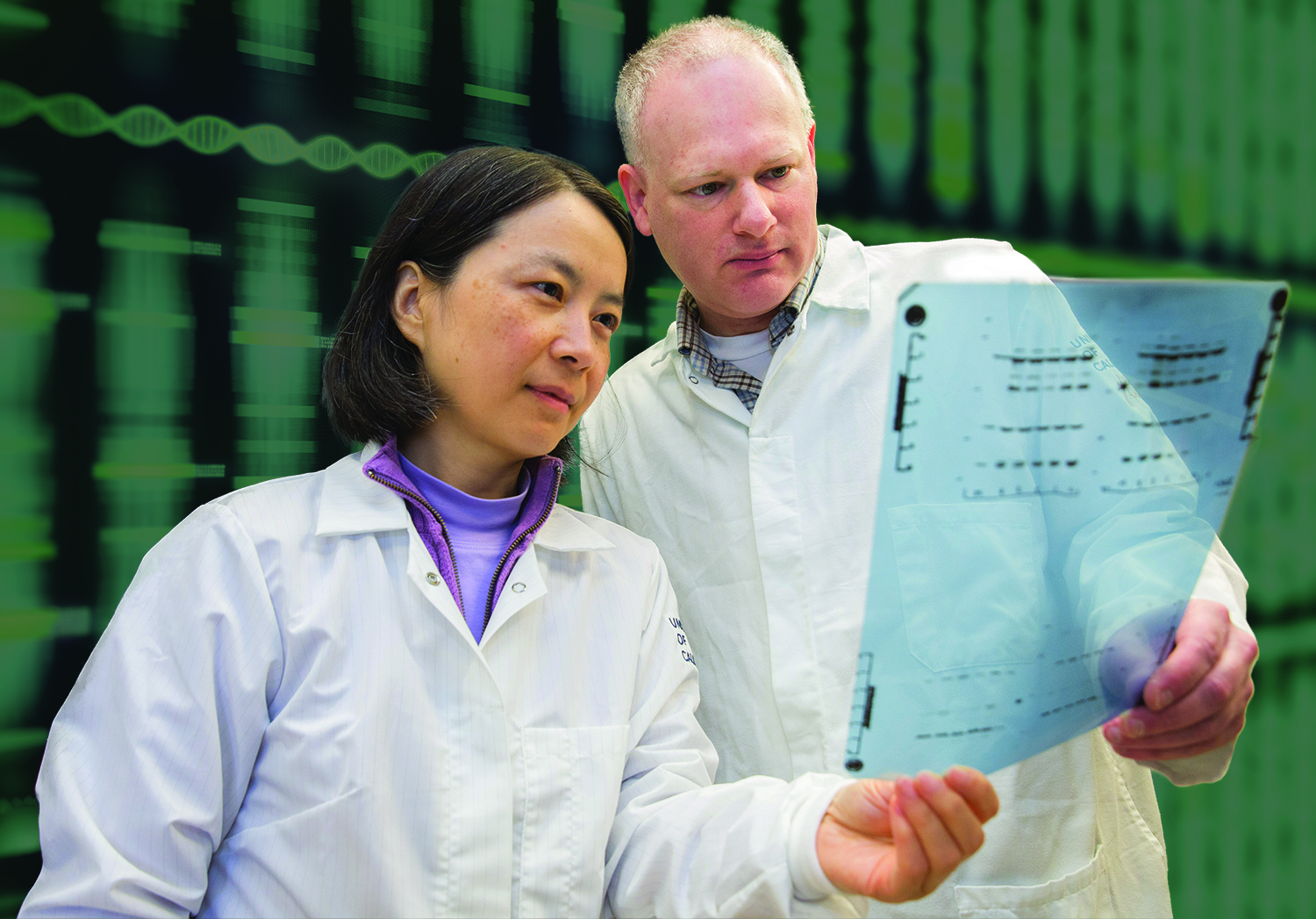 Learn more about DNA repair in "Guardians of the Genome"

The realm beyond research

Pragmatic in his approach, Katsnelson also wanted to find opportunities to use his science education in fields outside of research.

“I wanted to get another experience within the sciences because a lot of times it seems like either you just do research or you go to med school if you’re a bio major,” Katsneslon said. “Realizing there are other things like science communication and writing within science that are real viable options, I wanted to get some experience with that.”

Katsnelson heard about the The Aggie Transcript and joined the publication as a junior editor in summer 2018. His most recent article was published this month and is titled “Neural Mechanisms of Axon Degradation.” In the article, Katsnelson explores the topic of axon pruning, when the connections between neurons are cut. This process is key to both brain development, allowing plasticity, and neurodegenerative disease.

Katsnelson was turned on to the topic by Assistant Professor Wilsaan Joiner, who taught Katnelson about the concept in his “NPB 110B: Neurobiology Foundations” class.

“He kind of encouraged me to write about axon pruning as well and gave me some tips on where to look for more research about that,” said Katsnelson.

Katsnelson plants to explore other fields that intersect with science, like policymaking. He noted having an avid interest in government and politics as a high school student.

“I don’t think I have a really inherently strong plan for what I want to do, so I think the best thing in that situation to do is to get different experiences,” he said.

At UC Davis, Katsnelson found a place to explore many options.

A Message to the Campus Community on Operational Status