What you should know before getting personal with genomics

Did you know that more than 26 million Americans have had a personal genomics test performed? And within the next two years, the number is expected to grow rapidly.

As genomic testing becomes more common, you might wonder what the implications are for your future. Perhaps you’ve had a genetic test performed or plan to do one soon. What should you expect? And what should you be cautious about?

Here are some tips when considering a DNA profile:

“We need to start having a set of public conversations about all of the different areas of genetic profiles in our lives,” said Professor Graham Coop, Department of Evolution and Ecology, “because the applications of these methods are going to evolve very quickly.”

Coop works to demystify the evolutionary forces that shape genetic differences between individuals, populations and closely related species. Coop, a member of the UC Davis Center for Population Biology, has provided popular commentary on the methods underlying DNA profiles and the and ethical questions that they raise.

What’s in a profile?

One thing Coop stresses is that these tests don’t look at your entire genome. Instead, they look at a set of about a million locations known to vary between individuals. These data are analyzed in a range of ways.

The services that genetic profiling companies offer fall into three major categories: medical traits, genetic lineages (your genetic origin story) and close genetic matches (your family tree). These different categories of the tests vary a lot in their certainty and relevance in ways that won’t always be obvious to consumers.

The medical trait tests offered by these companies are regarded as the least reliable because they’re often based on weak predictions. And since 80 to 90% of genetic databases are people of European descent-specific, the information often isn’t likely to be helpful to those outside these groups. However, some genetic variants involved in Alzheimer’s and Parkinson’s diseases, as well as some of those involved in BRCA1 and BRCA2 cancers, can be ID’ed.

You should be aware that you could learn something serious from these tests, and you should talk to your doctor if that happens. Coop sees the capabilities of these medical databases improving in the years to come, but for now, they are not the primary driver of the genetic profile boom.

A more popular aspect of these tests that provide background about your ancestry. These can also sometimes be misleading or inconclusive for many reasons, especially for people with non-European ancestry. But the largest driver of growth for these companies is consumers’ interest in identifying direct family relationships.

Curious about how genetics affects your daily life?

Thy profile and thee

As a nation of immigrants, we are a melting pot more fragmented than other parts of the world. Americans have often disconnected from their family roots—by choice or by force—and seek ways to reconnect to their broad families and homes.

“If I compared my genome with your genome, roughly only one in a thousand base pairs would differ between our genomes,” said Coop. This holds true among populations, the most genetic differences between humans are amongst individuals from similar populations and groups, rather than individuals from different populations and groups.  For example, Coop’s genome is very similar to people from all around the world, but the test identified him as European as he’s slightly more related to people from Europe because his ancestors were European. However, because these companies provide seemingly precise, quantitative answers—you are 50% European, you are 25% East Asian, etc.,—these blanket statements give the impression that ethnicity is genetic. Immediately, a very discrete term is brought to life as soon as you read the words. 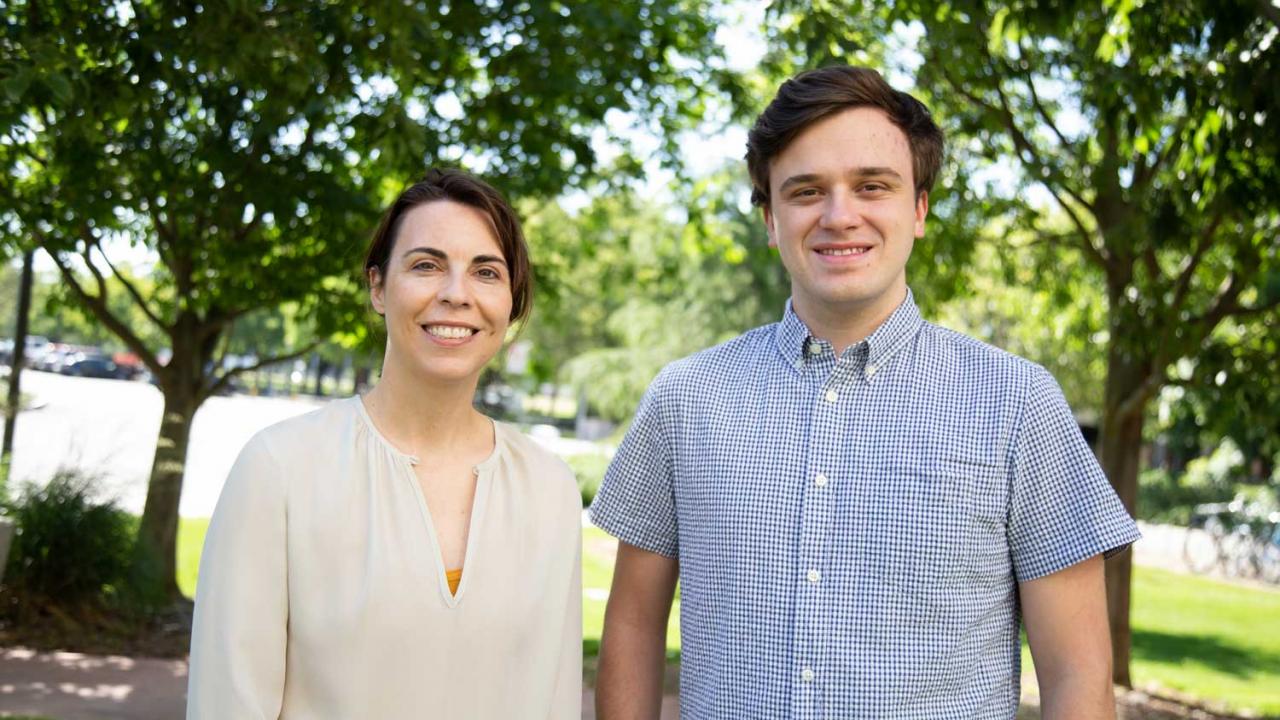 “How you choose to identify and how society identifies you is complicated, right?” said Coop. “It's based on who your parents are and where you grew up. It’s based on lots of different things. Very little of that is actually based on genetics.”

Keeping it (all in perspective) in the family

Sometimes test results will run contrary to family history or identity. Time and time again, Coop’s seen how shocking it can be for people when their genetic tests don’t lineup with what they expected.

“You might think that it’s telling you something important about who you are, right?” Coop said. “These tests can be an incredibly useful tool for learning about family history. But it's only a small aspect of who you are and who your family is, and it may have little to do with how you identify.”

In some cases, DNA profiles unearth critical information, such as unknown half-siblings or that a parent is not an actual biological parent. Taking the time to talk with your family before taking a test or reviewing your results can help mitigate any earth-shattering surprises.

“You should ask yourself, are you ready for that kind of information?” said Coop. “For instance, before I got mine done, I talked to my parents. I said, ‘is there anything that you want to tell me first? It’ll be okay if you to tell me not to do it.’” 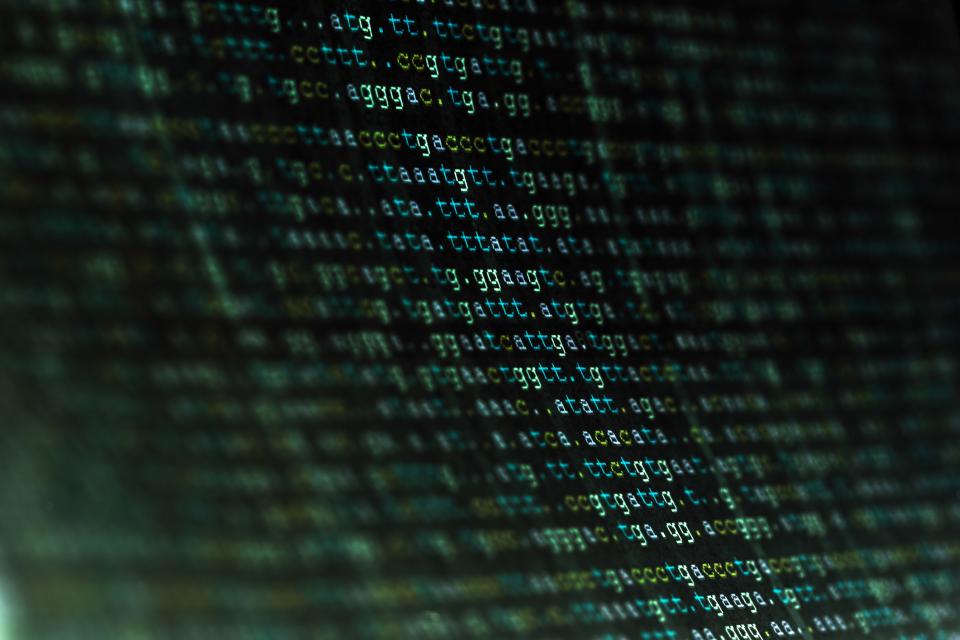 Hobbyist DNA Services May Be Open to Genetic Hacking

Professor Graham Coop and postdoctoral researcher Michael “Doc” Edge, both of the Department of Evolution and Ecology, warn that “direct to consumer” DNA testing services could be vulnerable to a sort of genetic hacking.

The popularity of personal genomics raises a host of issues about privacy. You can learn something new about your family history from these tests, but you are sharing your DNA with a personal genomics company. New applications will further accelerate the way this data is used, largely in ways we can’t yet anticipate or imagine. There are some protections in place. The Genetic Information Nondiscrimination Act of 2008 was established to protect Americans from genetic-based discrimination in health insurance and employment. Proponents of GINA, as it is known, see this as vital protection and are concerned that any forthcoming changes to this federal legislation would erode individual privacy.

Fortunately, California has an extended version called CalGINA, which broadens protections from medical treatment and employers and housing to business services and public education. But these protections aren’t in place everywhere.

One of the more surprising recent applications of personal genomics is their use by law enforcement. The most popular case involving DNA familial databases for crimefighting came in the apprehension of the suspected Golden State Killer, Joseph James DeAngelo, based on the analysis of a DNA sample carefully preserved from a crime scene kit decades ago. Led by UC Davis alumnus Paul Holes (’90 B.S., Biochemistry), investigators uploaded the genetic profile to the public database GEDmatch and began the tedious process of working backward through DeAngelo’s family tree to find him. After an extensive but uncertain search, investigators collected a DNA sample from DeAngelo’s car door. That sample was a genetic match to the crime scene sample.

In 2018, a Science study predicted that within a year or two, the DNA of 90% of Americans of European descent will be identifiable in this manner, even if they have never had a personal genomics test. The question of how these searches can and should be used by law enforcement is one that ethicists and legal experts at UC Davis and beyond are struggling to answer. (read “Want to See My Genes? Get a Warrant,” a New York Times op-ed by Elizabeth Joh, a professor of law).

Navigating the ethics of a brave new world

Popular support to solve violent crimes like serial murder is overwhelming. According to Coop, the Golden State Killer case has led to a range of other applications by law enforcement and raises debate over which level of crime is appropriate for these genetic genealogy searches. Coop notes that law enforcement is already exploring applications into other types of crimes. In some cold-case infant deaths, the abandoned babies were linked genetically to their parents via public databases. The parents were tracked down and arrested. It’s a complicated ethical scenario.

“You can also see how quickly and slippery the slope may be from identifying murderers to identifying an aborted fetus using these techniques,” warns Coop.

Pinning down the circumstances under which genetic genealogy searches are used will be vital in setting the legal precedents that will impact millions of Americans. The DOJ issued a new provisional set of guidelines that go into effect Nov. 1.

As the technological capacity of genetic profiling continues to outpace legislation, Americans are taking notice of the need to recognize genetic privacy as a fundamental right. The surge in consumer DNA profiling highlights the eternal political balancing act of privacy versus security, but at an unprecedented biological level.

The future of personal genomics is by no means written. Like most technologies, it carries the potential for both positive and negative applications. It will take concerted efforts to raise public awareness about how the information we get from these tests will inform our individual and collective identities and privacies. The time to start the discussion is now.