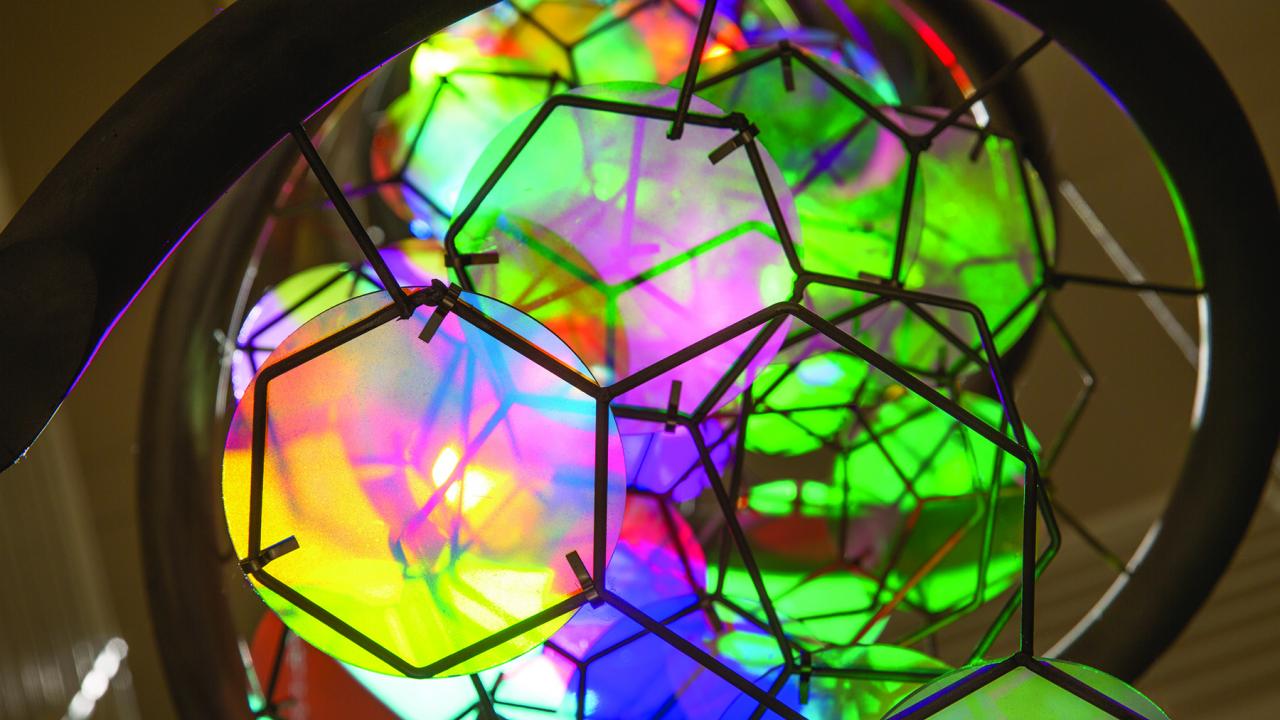 Mark Winey, dean of the College of Biological Sciences at UC Davis, became fascinated by science at an early age. Raised in an academic household in suburban Philadelphia, Winey and his siblings faced an expectation of scholastic excellence from their parents, a research chemist and a high school English teacher. There were books and puzzles galore in the household.

But the draw to biology—specifically, genetics—was prompted by Winey’s younger sister Christine, who as an infant was diagnosed with an inherited metabolic disease called galactosemia.

Galactosemia is a rare condition. According to the National Institutes of Health, it affects one in 30,000 to 60,000 newborns. Those afflicted can’t digest the sugar galactose, which is commonly found in milk. For infants, this can prove deadly.

“Up until the early 1960s, when the diagnosis was available, infants usually died because they were being fed breast milk,” Winey said. “No one knew why they were failing to thrive, developing jaundice and ultimately perishing.”

When doctors at the local hospital couldn’t determine why Christine was sick as an infant, they referred the Winey family to the Children’s Hospital of Philadelphia, affiliated with the University of Pennsylvania.

“That was fortuitous for us because the world expert in the disease was at the hospital,” said Winey. “They made a diagnosis, and Christine’s been part of a study group ever since.”

The genes that when mutated cause galactosemia are necessary to produce the enzymes needed to breakdown galactose to glucose, which is an energy source. With no medical treatments available, management of galactosemia can only be achieved through diet.

“I learned to read the labels on food, looking for milk products that were used in all sorts of prepared foods, because Christine couldn’t eat them,” Winey said. “Today, with the rise of healthier eating and vegan and vegetarian lifestyles, it’s much easier to get things that fit her diet.”

With her disease managed by diet, Christine now leads a happy life in Denver, Colo., where she works in the healthcare industry.

The molecular mechanics of living systems

Christine’s illness triggered a curiosity within Winey. How did the doctors figure out the root cause of her illness? What tools did they use to understand her biology?

Winey dove into the world of human health and science, participating in science fairs and indulging in outdoor sporting pursuits, like cycling and hiking, during his elementary and high school years. His interests led him to Syracuse University, where he majored in biology.

It was an exciting time. Molecular biology had only begun to gain footing in the academic arena, and new tools allowed scientists to explore mysterious microscopic regions.

“I’ve always been impressed with design and engineering, but there, you’re building things, and, of course, the systems are getting more and more complex, but living systems are beyond complex,” said Winey. “That was the core of my interest, just trying to understand very complex living systems.”

He continued his education at the University of Wisconsin, Madison, earning a Ph.D. in Molecular and Cellular Biology. A postdoctoral research position with the University of Washington’s Department of Genetics followed, and Winey learned how to use tools like electron microscopy to investigate the cellular biology of yeast.

In 1991, Winey began teaching at the University of Colorado, Boulder. In addition to research, he taught classes in introductory genetics and molecular biology and served as the chair of the Department of Molecular, Cellular and Developmental Biology from 2012 to 2016. After 25 years, however, a change was in order, and in 2016, he joined the UC Davis College of Biological Sciences as dean.

Finding a home as dean and researcher at UC Davis

“They’re responsible for organizing the microtubules that are found in the cell’s cytoplasm,” said Winey.

Centrosomes are critical for proper and accurate movement of chromosomes during cell division. In preparation for mitosis, a cell’s centrosome is duplicated to help form what’s called the mitotic spindle. Dysfunctions in this process can result in cancers as well as conditions that lead to miscarriages.

“The importance of centrosomes has emerged more and more in recent years,” said Winey. “It’s been determined that many types of tumor cells have too many centrosomes, and they make multipolar spindles which don’t separate their chromosomes correctly.”

Like the doctors who diagnosed his sister many years ago, Winey is asking questions that concern the granular aspects of life, the answers of which may have large impacts on human health.

Aged Before Their Time: Atrazine and Diminished Egg Quality in Mice

Hibernating Corals and the Microbiomes That Sustain Them