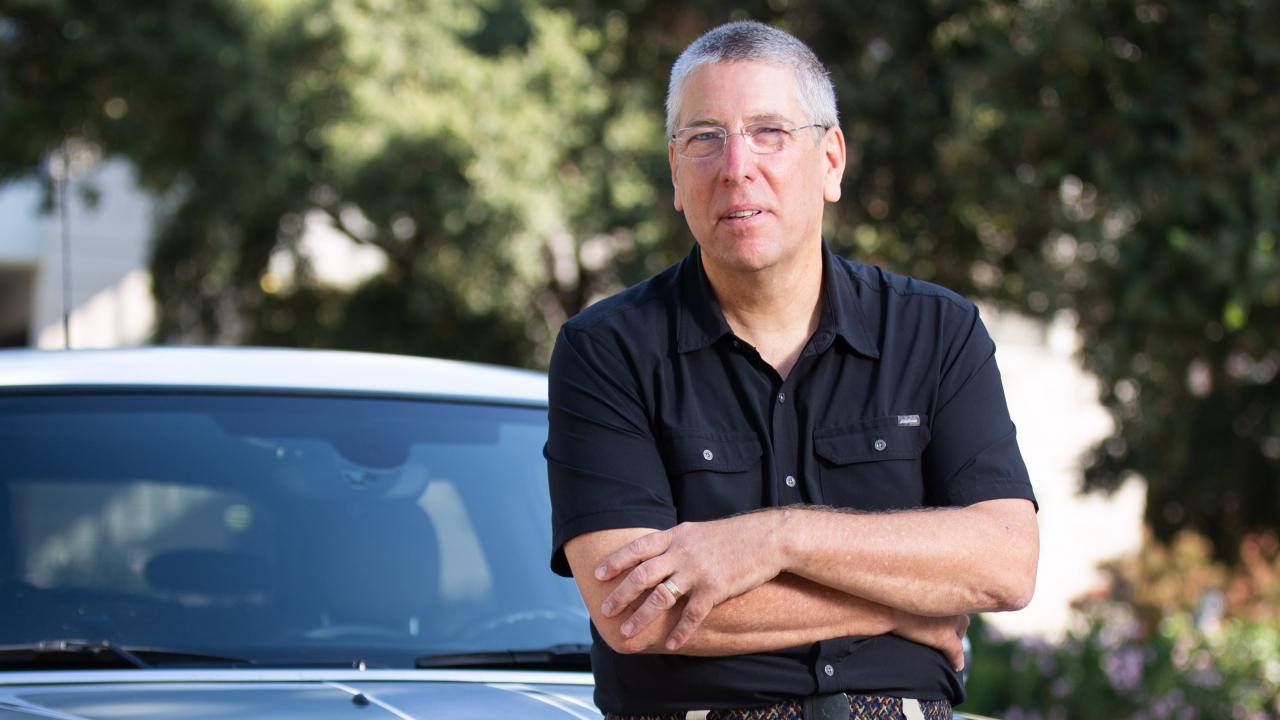 Mark Winey has been reappointed as the dean of the College of Biological Sciences (CBS) and will serve a second five-year term, Provost and Executive Vice Chancellor Mary Croughan announced today (August 24). Concurrent with his leadership of CBS, overseeing all aspects of its work and the advancement of its excellence and impact, he will continue to serve as a professor in the college. His research focuses on the genetics and molecular biology of cilia, tiny hair-like projections on the surface of the cell that can serve as antennae to sense the cell’s environment or can beat to move fluid. Defects in cilia cause disorders known as ciliopathies that can affect a number of organs that require cilia for their formation or function, including the brain, kidneys, eyes, and lungs.

In a strongly supportive letter announcing Winey’s reappointment as dean, Croughan shared a quotation from the review committee advising on the reappointment: “Dean Winey has achieved remarkable things during his tenure at UC Davis. The campus is very lucky to have him as part of the UC Davis community. The Confidential Review Committee unanimously recommends that Dean Mark Winey, College of Biological Sciences be reappointed.” Croughan wrote to Winey, “The Chancellor and I heartily agree with this assessment. We look forward to your continued service and thank you again for your tireless efforts and dedicated service to the College of Biological Sciences and the entire university.”

Praising Winey’s accomplishments in his first term as dean, Croughan cited his effectiveness in responding to emerging issues in the college, including the COVID-19 pandemic; his support for hiring outstanding faculty; his strong promotion of diversity, equity, and inclusion; his efforts to improve student success and the student experience; and his work to enhance the wellbeing of faculty/academics, staff, and students, among other achievements.

Winey became dean of CBS following 25 years of teaching, research, and leadership at the University of Colorado, Boulder. He received his B.S. in Biology with honors from Syracuse University and his Ph.D. in Molecular and Cellular Biology from the University of Wisconsin, Madison. Following graduate school, he served as an NIH Postdoctoral Fellow in the Department of Genetics at the University of Washington. He then joined the faculty at CU Boulder in 1991, where he went on to attain tenure. From 2012 to 2016, he served as the chair of its Department of Molecular, Cellular and Developmental Biology, before accepting the role of dean at UC Davis.

Department of Molecular and Cellular Biology