Measuring 1 mm in length, the roundworm has 959 cells and a life cycle of only three days. Roundworm development is easy to trace as cells grow and move. The roundworm genome contains 100 million DNA base pairs. 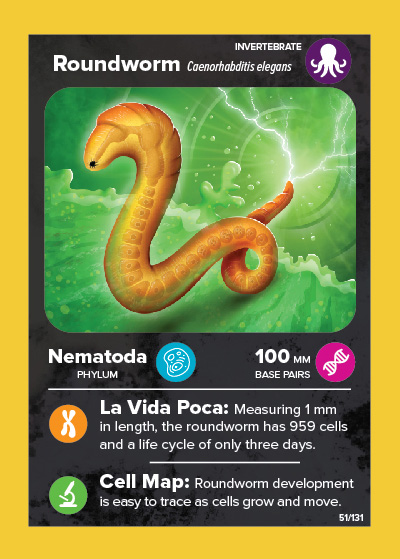