Grains in the Rain: Study Opens the Door to Flood-Resistant Crops

Grains in the Rain: Study Opens the Door to Flood-Resistant Crops

Of the major food crops, only rice (Oryza sativa) is currently able to survive flooding. Thanks to new research, that could soon change -- good news for a world in which rains are increasing in both frequency and intensity.

The research, published today in Science, shows how other crops compare to rice when submerged in water. It found that the plants – a wild-growing tomato (Solanum pennellii), the garden tomato (Solanum lycopersicum) and a plant similar to alfalfa (Medicago truncatula) – all share at least 68 families of genes with rice that are activated in response to flooding.

Rice was domesticated from wild species that grew in tropical regions, where it adapted to endure monsoons and waterlogging. Some of the genes involved in that adaptation exist in the other plants but have not evolved to switch on when the roots are flooded.

“We hope to take advantage of what we learned about rice in order to help activate the genes in other plants that could help them survive waterlogging,” said study lead Julia Bailey-Serres, a UC Riverside professor of genetics.

“In the face of an unpredictable climate, we’re really focused on drought but flooding is just as bad and has devastating effects when it happens,” added study co-author Neelima Sinha, a professor of plant biology at UC Davis.

In the study, the team examined cells that reside at the tips of plant roots, as roots are the first responders to a flood. Root tips and shoot buds are also where a plant’s prime growing potential resides. These regions contain cells with the ability to become other types of cells in the plant.

The team looked at the genes in these root tip cells to understand how they responded when flooded with water and deprived of oxygen.

“We looked at the way that DNA instructs a cell to create particular stress response in a level of unprecedented detail,” said UC Riverside’s Mauricio Reynoso, one of the study’s lead researchers.

“This is the first time that a flooding response has been looked at in a way that was this comprehensive, across evolutionarily different species,” added study co-author Siobhan Brady, an associate professor of plant biology at UC Davis. “Historically, people would pick one gene and say, ‘This gene is important.’ But if you look at the conserved response here, there are 68 conserved gene families that respond.”

The genes involved in flooding adaptations are called submergence up-regulated families (SURFs). “Since evolution separated the ancestors of rice and these other species as many as 180 million years ago, we did not expect to find 68 SURFs in common,” said Sinha.

While UC Riverside researchers conducted flooding experiments and analysis of rice plant genomes, scientists at Davis did the same with the tomato species while the alfalfa-type plant work was done at Emory University. Though the SURFs were activated in all the plants during the flooding experiments, their genetic responses weren’t as effective as in rice. Brady noted that the genes of the garden tomato and Medicago truncatula responded to flooding in a similar way. The wild tomato, however, withered and died.

“When you try to pick it out of soil, it just crumbles,” said Brady. “It’s wet and just so mushy.” 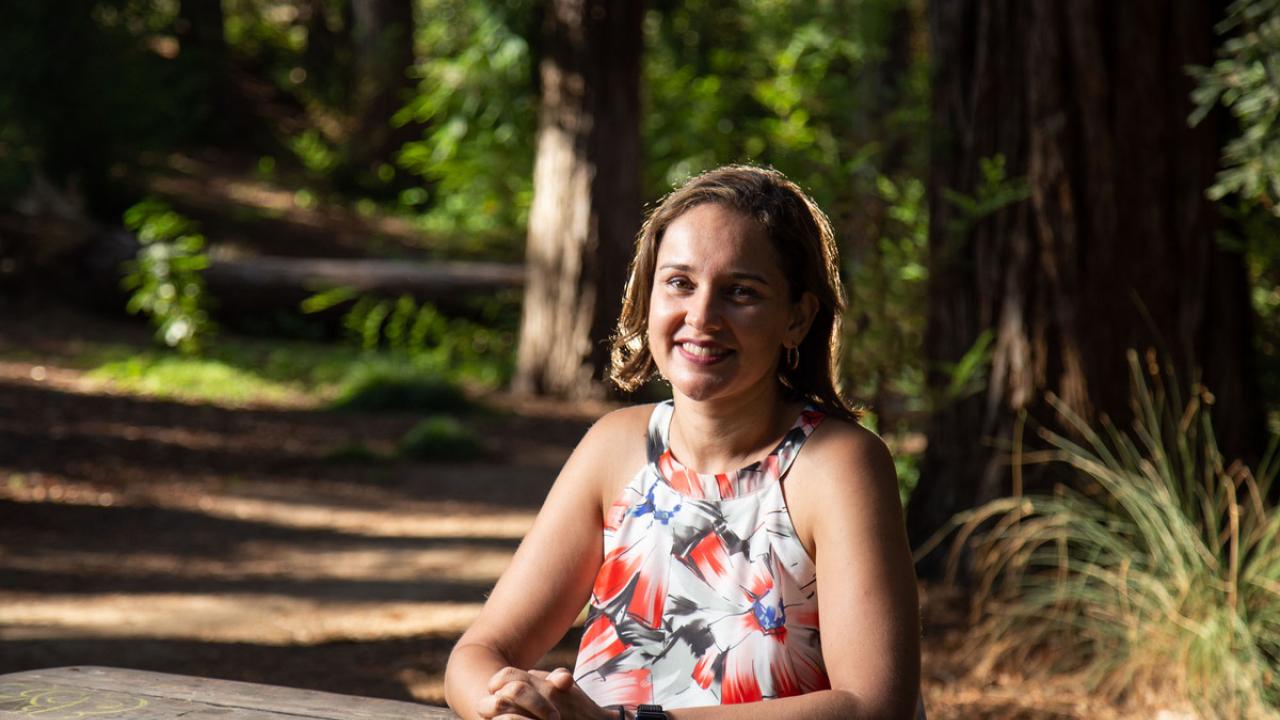 Getting to the Root of Food Production: Siobhan Brady Receives Faculty Research Award

Last year, Associate Professor Siobhan Brady and her colleagues published “a core set of genes that are critical in nitrogen metabolism” in Nature. For her research, Brady was recognized with the 2018-2019 College of Biological Sciences Faculty Research Award.

The group is now planning additional studies to improve the survival rates of the plants that currently die and rot from excess water.

This year is not the first in which excessive rains have kept farmers from being able to plant crops like corn, soybeans and alfalfa. Floods have also damaged the quality of the crops. As the climate continues to change, this trend will likely continue. Without efforts to ensure our crops adapt, the security of the world’s food supply is at risk.

“Imagine a world where kids do not have enough calories to develop,” said Bailey-Serres. “We as scientists have an urgency to help plants withstand floods, to ensure food security for the future.”

This article was produced in collaboration with UC Riverside.

Understanding Growth Regulation by Protein Degradation in Trees for Bioenergy