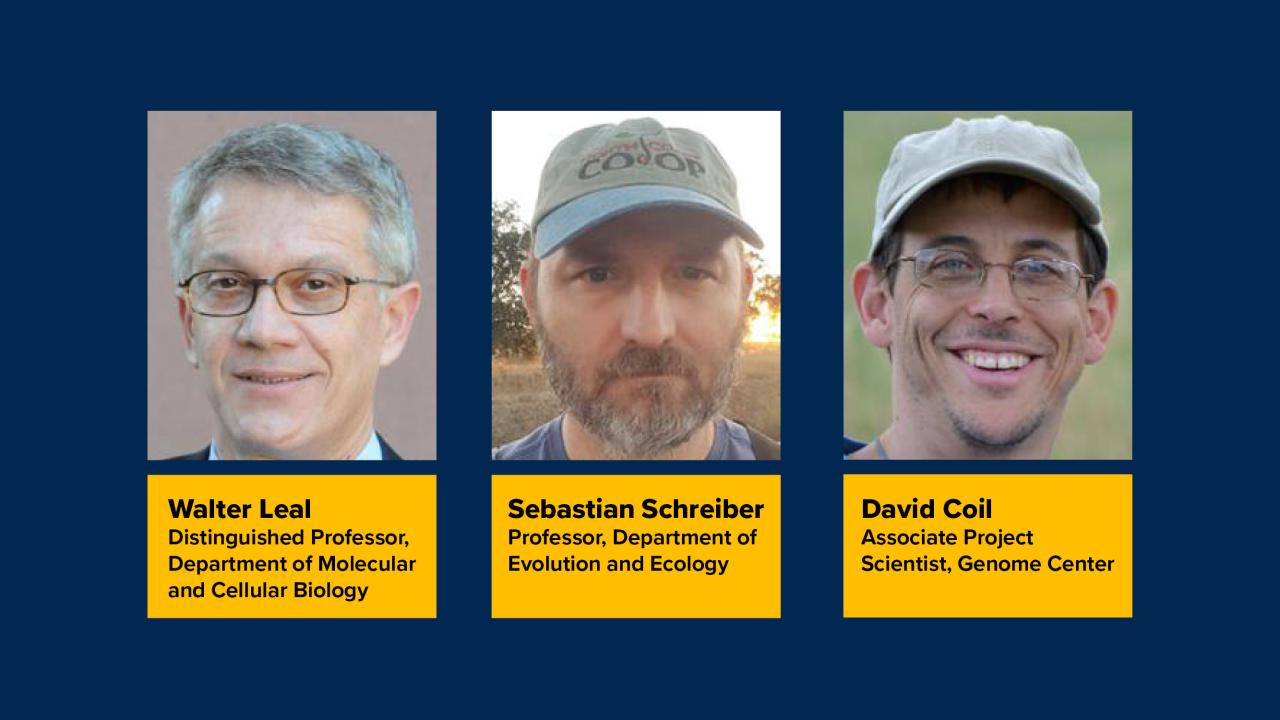 The Academic Senate and the Academic Federation recently announced their annual awards given to members for exceptional research, teaching and mentoring, and public service.

Unique among UC campuses, the Academic Federation serves academic appointees in titles such as lecturer (Unit 18), adjunct professor and librarian, agronomist and specialist, professional researcher and project scientist, and academic administrator and academic coordinator. The UC Davis Academic Senate, representing some 2,600 ladder-rank faculty members, is one division of the systemwide Academic Senate, with each campus constituting a division.

The Academic Senate and Academic Federation’s joint awards reception will return this year after a two-year absence, with details to be announced at a later date.

The write-ups below for each of the recipients are adapted from the citations prepared by the senate and federation award committees. This is an abbreviated version of the full announcement, which includes faculty and academic appointees from other colleges and schools.

Walter Leal, Distinguished Professor, Department of Molecular and Cellular Biology, College of Biological Sciences — He conceptualized, organized and moderated four COVID-19 symposia for the public. Through meticulous research, he brought together physicians, former patients and public health experts to provide the most up-to-date information early in the pandemic, highlighting, among other issues, equity gaps in treatment. These events attracted more than 6,000 viewers from 35 countries. Professor Leal dedicated much of his sabbatical time to developing valuable public resources, thus providing high-quality information during a time of rampant misinformation. He also champions global learning, putting long-term efforts into global collaborations to enhance education.

Sebastian Schreiber, professor, Department of Evolution and Ecology, College of Biological Sciences — Professor Schreiber is recognized for his excellence in teaching biology with an emphasis on mathematical models. He has a rare talent for making quantitative concepts and tools accessible to everyone by teaching them not only with great clarity, but also with sensitivity and compassion. He successfully does so in classes of all sizes, from “Introductory Biology,” with nearly 1,000 students per quarter, to the intensive course he developed for the Quantitative Biology major, with 10 students per quarter. As one student said, “Professor Schreiber’s lectures helped me to connect the lines between natural phenomena and mathematics.”

David Coil, associate project scientist, Genome Center, College of Biological Sciences — He has been an active citizen and an engaged undergraduate mentor in his 10 years at the Genome Center. Since late summer 2020, he has contributed to the Genome Center’s SARS-CoV-2 asymptomatic testing program, co-led a COVID-19 environmental monitoring project and addressed media inquiries about the pandemic. Specifically, he has coordinated sample collection from multiple kiosks and the lab operations conducted by the Genome Center’s DNA Technology Core Facility. His exceptional contributions to the testing program have been integral to its success and exemplify his distinguished record of service to the community.

From the Dean: A Vibrant Fall

From the Dean: Another Year Begins